We already know who killed the radio star, but who killed CDs? The answer, of course, is streaming platforms. Last year, Best Buy announced that after July 1st, they would dramatically reduce their CD selection, which is quite unsurprising seeing that 2018 marks the record all-time-low in CD sales. But aside from the obvious reasons for why digital platforms have taken over CDs, there are a few factors that have attributed to their success — consider the playlist.

A 2015 study showed that humans now have an attention span of 8 seconds — one less second than the notoriously oblivious goldfish. Even though the study has been challenged, it doesn’t feel like an outrageous statement to make. Thanks to our increasingly digitized lifestyles, everything is so immediate we tend to get easily impatient. The task of having to go out and purchase the CDs you want, then having to manually change them out seems more laborious than having your favorite songs stored all in one place at a click of a button. Even more, young people would rather pay for a subscription where they can be more selective of what they want to listen to. Buying an album or going to a concert just becomes too big of a commitment with the instant gratification mode of music discovery.

There are many ways the prospect for an artist having a long, profitable career can be greatly impacted in this new digital environment. It is not by mistake that artists like Tierra Whack and Summer Walker are making short albums and one-minute songs. If you are not Jay-Z, Beyoncé or any other established artist with a legion of faithful followers, chances are, people aren’t going to spend time listening to your music — much less paying a ticket to your concert. And why would they? There are a million other familiar choices for them to pick from. This is why new artists are opting to do snackable content that is, hopefully, good enough to be filtered through the cracks. Singles are the new economy in an environment where people are constantly being bombarded with information, which is why playlists are essential.

In the same way that people don’t want to be restricted to the 15 songs on an album format, too many choices could deter people from using streaming sites. That is why streaming platforms prioritize playlists to help narrow down the choices into simpler categories and even provide a personalized playlist based on the user’s listening history. More so, playlists have become a selling point for artists. Popular playlists like Spotify’s “Today’s Hot Hits” or “Rap Caviar” are the equivalent to popular radio stations found on terrestrial radio. So, if an artist manages to get a song placement, they’ve made it. It’s an innovative way for artist discovery and to build a recurring fan base. Of course, it is not without a price. 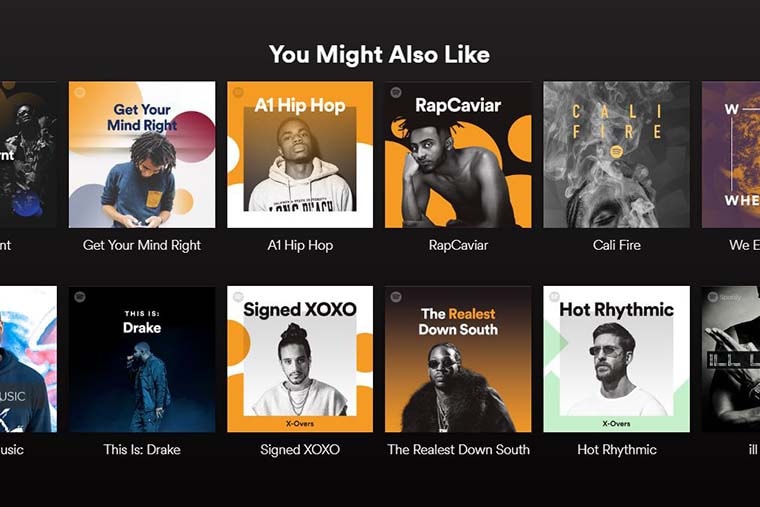 Artists are essentially giving away music nowadays. Taylor Swift’s very public refusal to sign a Spotify contract a few years ago was not an unfounded whim of hers. It is reported that Spotify pays about $0.006 to $0.0084 per stream to the holder of music rights, which can include the artist, songwriter, the label and so forth, thus making it unprofitable unless the download volume is very high. But not everyone comes with the platform Taylor Swift has, nor the financial security she possesses to make such bold moves. Most artists have to play the download game long enough so they can build a loyal fan base, but for that, they have to have the downloads. It is a ‘chicken or egg’ scenario, but the future doesn’t look totally dull for newcomers in the music industry.

As the music industry evolves, so does the musicians. New independent artists like Noname are satisfied with producing self-released content rather than having to split the royalties with big labels. Any downloads from her music go directly to her and her team, making it a much more profitable way to play the streaming game. Additionally, the way people approach the concert scene coincides with the platform. People used to splurge hundreds to go see a single artist, but that’s not the case anymore. Instead, they choose to go out a couple of nights a week and see a new band play at a club for a reasonable cover charge or invest their money in a music festival, which features an assortment of artists they listen to weekly  – they get to see multiple acts for the price of one.

Just like everything else, eventually, something new will replace streaming services and with it the power of the playlist. But for the time being, streaming platforms have the leverage and playlists are the means of advancing their reign. However, it doesn’t need to be a bad thing. Playlists allow people to explore and discover, and may even provide someone with their new favorite tune. It makes being a successful artist less of a competition between each other, but a camaraderie that can be developed in a shared space. It encourages artists to collaborate and to be constantly evolving. While there is certainly much more streaming platforms, and certainly the industry can do in terms of paying artists fair shares, they are still a big component in getting the music out there. Playlists help celebrate great artists and their creations. And isn’t that the ultimate goal?

Read Next: Radio Isn’t For Every Artist and Smino Proves He’s Ok Without It.

How Jerrika Karlae Utilized Her Fame And Went From Young Thug's Girlfriend To Masterful Mogul - PopEd World · March 11, 2019 at 6:02 pm

[…] Read Next: The Power of the Playlist: In The Hands of Curation and Discovery […]

[…] Read Next: The Power of the Playlist: In The Hands of Curation and Discovery […]