The recent Netflix and Hulu documentaries on Fyre Festival reveal just how quickly aspirational, influencer lifestyles can go south. The event ultimately detailed a wider generational problem on both sides.

Fyre Festival, the creation of tech entrepreneur, Billy McFarland, and his co-organiser, Ja Rule, promised two weekends in paradise. From celebrity chefs and luxury villas to a lineup boasting performances from the likes of the G.O.O.D. Music family, it read like a dream-come-true.

Their promotional videos featured the world’s most sought after influencers. Bella Hadid, Hailey Bieber (née Baldwin) and Emily Ratajkowski are pictured riding jet-skis, playing with wild pigs and having the time of their lives on the soon to be festival-site.

The opulence and chance to live like celebrities made tickets, selling for upwards of $12,000, seem reasonable.

Yet, when it came to the day of the event, blown-out budgets, lack of time management, and an attitude that favored naive positivity over reality resulted in one of the biggest disasters in music festival history.

Festival-goers arrived on the island to find prepackaged cheese sandwiches, instead of sushi, a scarce smattering of FEMA tents filled with rain-soaked mattresses, and an entirely canceled lineup— a stark contrast to the fantasy promised.

The dinner that @fyrefestival promised us was catered by Steven Starr is literally bread, cheese, and salad with dressing. #fyrefestival pic.twitter.com/I8d0UlSNbd

It all began with the pipe-dream – that Ja Rule so aptly put – of “living like movie stars, partying like rock stars, and f****** like porn stars.” When promotion for Fyre Festival began with breathtaking shots of models partying in the Bahamas, the video’s sole intention was to make viewers feel like they were missing out. Surrounded by clear cerulean waters, these beautiful women laughed and danced in slow-motion, far away from the unrelenting daily grind and horrifying political state most of us live in. This care-free lifestyle is usually so far out of reach, we barely consider it outside of scrolling Instagram, but this time it had a price tag.

Monetizing this lifestyle was McFarland and Ja Rule’s most ingenious idea. Instagram has propped its success on peering into the seemingly candid lives of the rich and famous. White bed sheets, sunshine-soaked lounges, and exuberant travel destinations dominate our social feeds, while few of us live this way. It’s become the standard of living, despite how unattainable it is. If your life fits into the Instagram template of joy, you must be happy, right?

These candid photos are intensely posed, beautiful shots are filtered to an inch of real life, and travel is subsidized by big companies in a bid to cash in on influencer-promotion, yet we can’t shake our desire to live this way too. Life can’t live up to the curated snapshots presented to the world on, and this is part of why Fyre achieved such early success and also ultimately failed.

Aimed at a generation that is told they’re lazy, technology-obsessed and resistant to failure, Fyre Festival scratched at the need to broadcast successful living. This negative messaging has created a culture that borders on the idea that victory and affluence are only real when it’s posted across Facebook, Instagram, and Twitter.

A Pattern of Fraud

Farland, the mastermind behind the festival, by his own admission, aspired to be the next Mark Zuckerberg. Fyre was one of many get-rich-quick schemes. His desire to live like a young billionaire led him to create fraudulent companies, including Magnises. What was meant to be a passport to the New York inner circle for $250-per-year turned out to be another unsubstantial fantasy. Members were promised entry to exclusive celebrity events, a concierge service to score hard-to-get concert tickets, restaurant reservations, and access to a swanky, shared hangout pad. It was the same idea as Fyre, just packaged differently.

"Sunset parties on exquisite NYC rooftops is just a taste. If you’re not a member, apply now." Thanks @spoilednyc! https://t.co/316zLs8FQW

In 2014, Magnises told the press it had around 1,200 members. In September 2016, McFarland said he had 30,000 cardholders. Two months later, at a conference in Portugal, he claimed 100,000 customers, which would mean Magnises had a lucrative enough growth rate to attract wealthy investors. Though, as time went on members complained of broken promises from unfulfilled tickets to shows and last minute cancellations.

Built on a promise of exclusivity and luxury, the parallels to Fyre Festival are not lost on anyone.

remember how you said the Hamilton tickets weren't a scam? Searching twitter and looks like you guys send these all the time pic.twitter.com/L3lp2Ih298

The Price of Fantasy

Fyre says a lot about this generation than we care to admit. It’s a reminder that everything that is filtered, isn’t real; that the “boundaries of impossible” usually mean it is actually impossible; and that beliefs need to be built on reality rather than fantasy.

McFarland is currently serving a six-year jail sentence for wire fraud. A federal judge has also ruled in a bankruptcy case involving Fyre Festival that Kendall Jenner and modeling agencies representing Bella Hadid, Emily Ratajkowski, can be subpoenaed on their involvement with the festival. 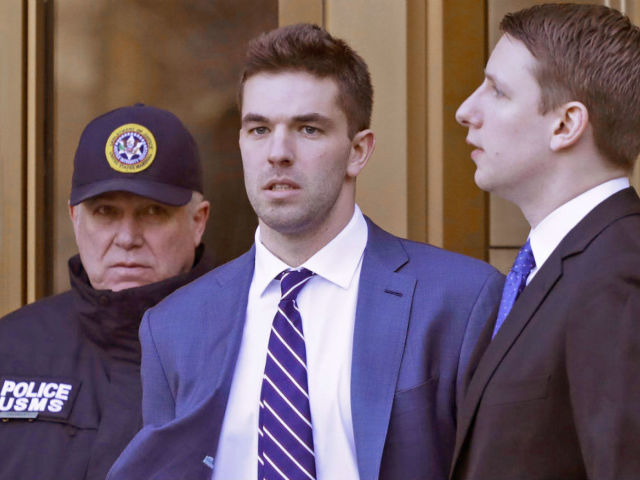 McFarland and his audience shared one common fantasy— that Instagram can be real life, but it’s becoming increasingly important to denote the difference. Real success exists outside of filters and picturesque photographs, but the cultural shift required to drive that home is needed now more than ever.

Fantasy is important. It is important to dream to create a world that is better than the one we live in, but if our actions aren’t rooted in reality, everything can come crashing down.

Read Next: Moguls, Money, and Impact

Kish Lal is a pop culture critic based in New York.